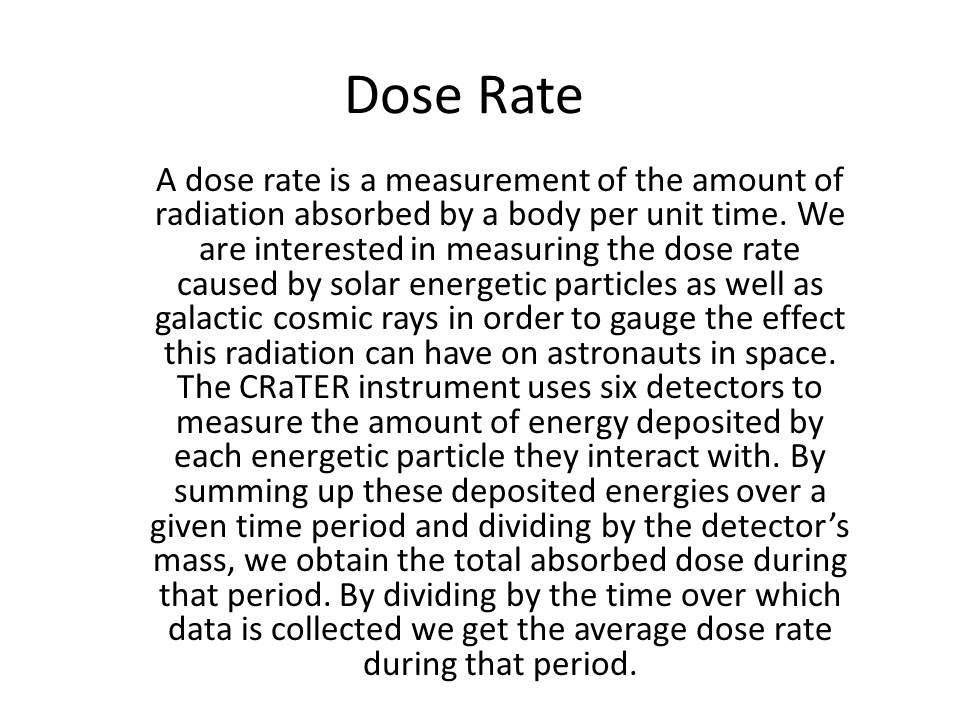 The peaks in the LET plots correspond to "minimum-ionizing" nuclei of different elements.  Minimum ionizing nuclei are those with approximately 1 GeV of kinetic energy per nucleon, so minimum-ionizing protons have ~1 GeV of energy, minimum-ionizing alpha particles have ~4 GeV, etc.  At these energies, nuclei are traveling fast enough to minimize the interaction times with target nuclei in the detector, but they don't have so much kinetic energy that their masses substantially increase due to relativistic effects; thus they deposit the least amount of energy possible, on average, while passing through matter.  Nuclei with higher *or* lower kinetic energies both register at higher LETs to the right of their corresponding minimum ionizing peaks; lower-energy nuclei are far more numerous, so particles registering at higher LETs are mostly nuclei with *lower* kinetic energies.

The differential flux formula for the three different cross-plot types are:

If time is in seconds, the units will be: particles/[cm2 sr sec (KeV/micron)]

This is derived from the following equations and variables:

D) The time T in exposure seconds is provided both in the txt data file as well as in the title of each plot. In the comment section of each txt file header, there is a new variable called exposureSecs in the following format: